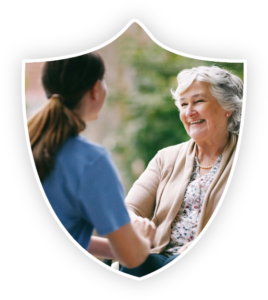 What Happens If….I do not have a policy and my employee is injured?

Home/What Happens If….I do not have a policy and my employee is injured?
Next

What Happens If….I do not have a policy and my employee is injured?

Buying an insurance policy for a domestic worker (such as a nanny) is not a legal requirement in most states. However, sensible families always get one. That’s because the consequences of not having one can be so extreme.

John and Susie were just an ordinary family – like anyone else – who wanted someone to do simple chores around the house, such as cleaning up toys.

The couple decided to hire a nanny called Jenny to help them around the house. It was a simple proposition, they thought: they’d pay Jenny for her time and, in return, they would get a clutter-free house.

Unfortunately, one day while Jenny was cleaning, she stepped on a toy and fell over, twisting her ankle. The injury was so severe that she was not able to get up.

On hearing the commotion, Susie rushed in and found Jenny lying on the floor in agony. She called John to watch the children while she took the nanny for urgent care.

Once they arrived at the hospital, medics took Jenny to the X-ray room to check for broken bones. Fortunately, there were none. However, doctors later discovered that she had seriously injured the ligaments in her ankle joint and recommended an MRI.

Back at home, John was pacing around in a worried state. He had suddenly remembered a conversation he had had with Jenny about workers’ compensation when hiring her. He immediately got on the phone to his insurance provider to find out whether he could get cover retroactively. Sadly for him, since the injury had already occurred, he didn’t qualify.

John then asked how much he would be liable to pay if Jenny sued him. His insurer told him that he might have to cover Jenny’s medical bills and any lost wages incurred as a result of the injury. If lawyers got hold of the case, then getting sued was the likely outcome.

Naturally, John wondered whether his homeowners insurance policy would cover Jenny’s costs. His insurer told him that there might be some coverage, but that it would be minimal. He would still have to pay most of the expenses out of pocket. Homeowner policies cover invited guests, but a nanny technically qualifies as an employee – a different category altogether.

Despite the fact that it was just an ankle injury, Jenny’s medical bills were thousands of dollars. Had she broken a bone, the bills would have been even higher – not to mention any additional fees for physical therapy and missed work. John and Susie, as her “employers,” could have potentially been on the hook for Earth-shattering sums of money.

Fortunately, people like John and Susie can protect themselves against such cases by simply purchasing workers’ compensation insurance in advance. These policies protect families against expenses, should a nanny get injured on their property.

Jenny’s case was not an isolated incident. Serious nanny injuries happen every year, so taking out a policy is always a smart move financially. 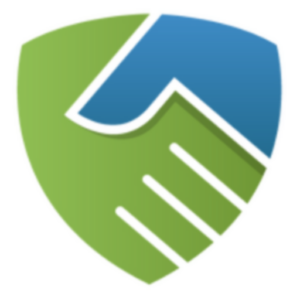 Like many companies, we use cookies and other tracking technologies for a variety of purposes, including to enhance your online experience and to make the site work as you expect it to. Because we respect your right to privacy, you can choose not to allow some types of cookies. Click on the different category headings to find out more and change your cookie preferences. Please note that blocking some types of cookies may impact your experience on the site and the services we are able to offer you.

These cookies are necessary for the website to function and cannot be switched off in our systems. They are usually only set in response to actions made by you which amount to a request for services, such as setting your privacy preferences, logging in or filling in forms. You can set your browser to block or alert you about these cookies, but some parts of the site will not then work.

If you disable this cookie, we will not be able to save your preferences. This means that every time you visit this website you will need to enable or disable cookies again.

These cookies allow us to count visits and traffic sources so we can measure and improve the performance of our site. They help us to know which pages are the most and least popular and see how visitors move around the site. If you do not allow these cookies we will not know when you have visited our site and will not be able to monitor its performance.

Please enable Strictly Necessary Cookies first so that we can save your preferences!